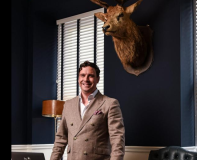 Riccardo Giovanacci has spent his career in the property sector in Scotland and London and is the Managing Director of Newton Letting and joint-owner of Bowman Rebecchi Letting. This month, Riccardo featured in The Herald with the below article by Mark Williamson. 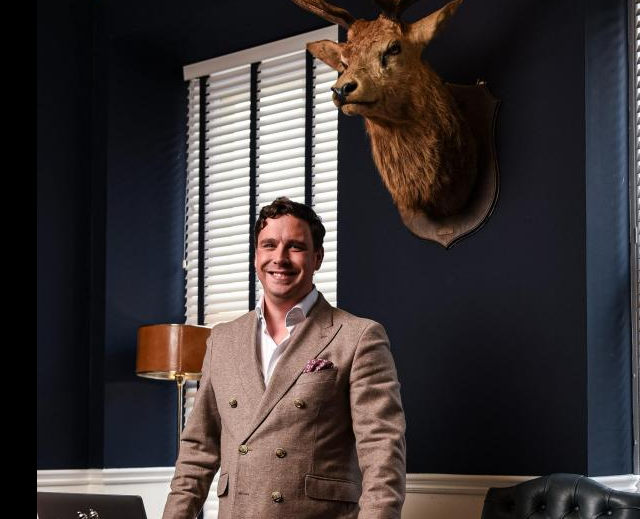 What is your business called?

Where is it based?

What does it produce, what services does it offer?

We manage the letting of residential property on behalf of landlords.

What is its turnover?

The biggest challenge we faced with the Covid-19 crisis was the letting market shutting down at the start of the pandemic. Like many industries, we had never before been stopped dead in our tracks. We were allowed to oversee essential moves only and moved a few new tenants in over the initial three months window but saw loads moving out. When we were allowed to start back with viewings and moving tenants in, we had to work out the safest way to get people in to see properties whilst keeping our staff safe. Virtual viewings have become popular over the last year and have assisted massively. We prefer to meet all our tenants before they take over a property, so the virtual option allowed people to still see a property before a tenant vacated and helped minimise vacant periods.

Demand for rental properties is increasing daily. From August through to December we saw record-breaking numbers of properties let and the highest turnover we’ve ever had. The start of the year was slow, with everyone’s agenda focusing on getting a vaccine and seeing lockdown easing. Since April, we have seen the market pick up and it’s now very busy and should continue along that trend in July.

When was it formed?

On 26 March 2019 when I bought the business from Newton Property Management.

Why did you take the plunge?

I had worked at Newton Property Management for nine months when my uncle, Stephen O’Neill, the owner of the business, confirmed to me that he had been thinking of selling off the company’s letting division. This was the second time in my career that I had worked at Newton and I had returned to understand that there would be an opportunity for me to acquire the business at some stage. Newton Property was focused principally on its factoring activities and doing very well, so it was logical to hive off the lettings side. Newton Property Management is a long-established family-owned business. My grandfather, William O’Neill, had worked in the industry since the 1950s, running one of Glasgow’s first estate agents in the West End. My uncle Stephen started Newton Property Management in 2001, after successfully selling off his first letting business, O’Neill Property.

So, we need a fairer, rules-based process. If landlords have no incentive to let their properties, there will be an even more severe shortage of suitable housing. Ever since childhood, I wanted to be my own boss, like my father and other relations. My family has always encouraged me to do my own thing, so I was highly motivated to take up the opportunity.

What were you doing before you took the plunge?

I have spent my career in the property sector. I started at Newton Property before moving to London to work for Foxtons, the big London estate agency. I stayed for a year and found it a massive learning experience, a real education in how a corporate business operates. The dynamism of the people there, the hard-edged property negotiating process and the pace at which business was transacted was a real education for me and I found it to be of great value in my subsequent career.

When I returned from London, I worked as a letting manager, then as the sales valuer in Clyde Property’s Helensburgh office. I enjoyed the work and even appeared on BBC’s Homes Under the Hammer. Afterwards, I moved to Clyde Property’s Glasgow West End office as its sales valuer. I learned a lot there, especially from the owner's Bill Cullens and Gary Thomson, and I do not think I would be doing what I am doing today if I had not met them. Finally, I moved back to Newton Property, hopeful that I would be able to stage a management buyout.

What do you most enjoy about running the business?

The day-to-day issues: connecting with landlords and tenants, speaking to all sorts of people, networking, solving problems and helping people out. I recognise that I can talk for Scotland and that I am a people person.

What are your ambitions for the business?

We currently manage around 600 properties on behalf of around 370 landlords and my ambitions is to reach 1,000 properties within a foreseeable timescale. We have enjoyed annual growth of ten per cent since I acquired the business, so managing 1000 properties is an achievable goal.

We also have an interest in Gourock-based Bowman Rebecchi Letting, a collaborative venture, established in December 2020, which is operated by Andrew Bowman and Marco Rebecchi. It is now the largest letting agency in Inverclyde and growing into neighbouring areas.

What could the Westminster and/or Scottish governments do that would help?

Their approach to the rented home sector needs to become more balanced. At present, in my opinion, the relationship between tenant and landlord is out of sync. Landlords are absolutely not cash cows and many are prepared to go above and beyond their legal obligations to assist tenants when problems arise. The financial returns of being a landlord are not that great and when things go badly wrong, if, for example, a tenant simply refuses to pay the agreed rent, the eviction process which is supposed to take three months can easily spill out over nine months.

What was the most valuable lesson that you learned?

Surround yourself with good people. That not only includes work colleagues and professional advisers but also your family. I am always willing to learn from others, and that certainly includes my dad and my in-laws.

How do you relax?

Away from work, I am happiest with my wife and family; we have a second baby due this year. I like to see my friends over lunch or dinner. And I also follow the fortunes of AC Milan.

This article appeared in The Herald on 21st June 2021.